Container technology has made an impact 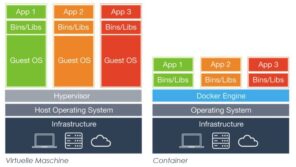 The basic advantages of using containers over virtual machines are that they require less CPU and memory. Containers are also very flexible, as they can be run on different systems. Furthermore, several containers of the same type can be run in parallel, so that better scalability of an application can be achieved.

The basic technical terms in dealing with containers can be explained quickly: To run an application in a container, the application must first be delivered through a template (the technical term for this is image). If the image is started and executed through it, it is referred to as a container. An image is accessed via a directory (= registry). This directory can be private, allowing only a restricted group of people to access it. Or it can be public. One such public registry is Docker Hub, which is run by the Docker developer. It provides over 100,000 applications from many different vendors.

The data is stored outside of the containers in a volume. This prevents from data loss when upgrading to a new version of a system. To make the introduction to container technology easy, Docker provides the Docker Desktop application. In addition to the container engine, this application also includes a graphical user interface for managing installed images and containers based on them.

When using Docker Desktop, even the technically savvy citizen developer (power user) can set up an executable environment in the own infrastructure with simple means. For example, he can set up an executable low-code platform focused on workflow management in three simple steps. This contains easy-to-use tools, such as graphical editors, which allow the development of own applications with only minimal programming knowledge. Since the citizen developer has the necessary knowledge of the processes in his own department, he can map them electronically in a time-saving manner and at least test the feasibility by implementing a prototype.

An example of such a low-code platform is the GBS Workflow Manager, which has been available on Docker Hub since September 2020. Besides the Docker image of GBS Workflow Manager are necessary just the images of the required database systems, but these are loaded automatically via a provided configuration file.

Three steps to an executable setup 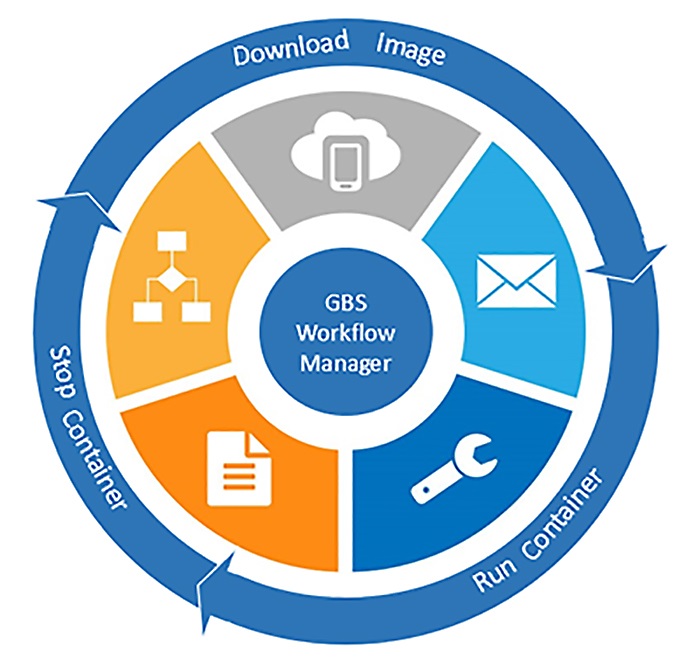 If the developed application is to be used productively later, it can be set up in the IT infrastructure in the company. If containers are used in a company, this can quickly lead to a large number of different applications being managed with containers. This creates the risk of quickly losing the overview. To prevent this, container management software can be used. Some well-known examples are Swarm from Docker, Kubernetes from Google or Amazon ECS. Kubernetes is probably the best-known container management software. It is an open source software for automating containers and provides centralized management and orchestration capabilities to perform and scale the deployment of a larger number of containers.

At GBS, we have been implementing container technologies and container management software for a few years. In addition to deploying GBS Workflow Manager as a Docker image, we offer another solution based on a container infrastructure using Docker and Kubernetes deployments – iQ.Suite 360, which provides holistic protection of collaboration platforms, such as Microsoft SharePoint and Microsoft Teams.

Posted in:
Tags
Languages
Holistic protection of your collaboration and meeting tools 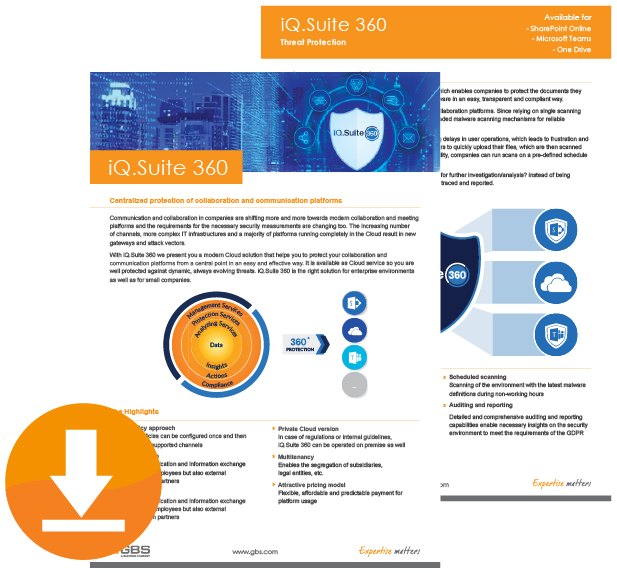